I tried Carnivore for 20 days. This is what I learned.

I tried the Carnivore diet for 20 days. This is what I learned and how my body responded.

First and foremost, diets are diets. From a modern definitional standpoint diets are restrictive, depriving, limiting and isolating. But from an ancient loin cloth and armor standpoint, diets are a mode of living and what people eat to survive. Simple – as – pie. No pun intended.

While I advocate for a breakup from diet culture – I will always see the value in exploring new ways of eating, aka, dieting. Why? Well. For starters, it’s a deeply cultural thing. We’re always learning from each other regarding how we change, age, evolve and improve. Diet is always a part of that revolving picture. Diets have an uncanny way of humbling people. They’re also mostly made up of good intent, that is, when you disregard the “fad” part and where people bank on others’ insecurities. Nonetheless, I advocate for self exploration, expansion and for seeing the ways we stay stuck – through food and our ways around it. Diet culture, on the other hand, the neon branded sticker that distracts people from their most wholesome selves, is the one I flag and work to deconstruct. Rather than see dieting as divisive, we can see exploring new ways of eating as a wholesome pursuit. 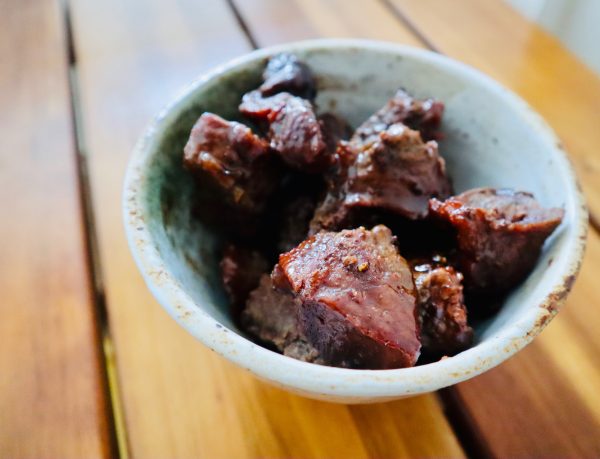 Why in the HELL would I choose a form of self exploration that limited me to meat and meat only? This is a question that is really easy to answer while you’re plowing through a pile of bacon or unlimited slices of short rib – it’s delicious – but a bit more complex after you wipe your mouth…What happens to our bodies when we eat only meat: Can we sustain it? Is it – gasp – healthy?

What I began to see in my short love affair with meat was:

I only did this for 20 days mind you. There’s a reason I started and a reason I stopped despite how good meat tastes and even how good I felt the majority of the time. While there’s no concrete evidence based research outlining the longevity of the carnivore diet, there are definitely people on the planet proving that it’s sustainable. And those people are healthy – otherwise I’m sure they wouldn’t still be doing it. That’s speculation though. The argument always goes back to, “what our ancestors ate” and how we evolved as humans. The argument also continues as such; “modern disease is a byproduct of modern food.” Had we kept to our meat eating ways, says the doctors and major purveyors of this way of life, we’d be doing a hell of a lot better than we are now.

So why did I choose to go down this windy rabbit hole? I was driven by curiosity. Jordan Peterson, Joe Rogan, Paul Saladino and several other MD’s, influencers and Professors who not only combated their autoimmune disorders and depressive symptoms but sustain good health by simply eliminating everything but beef and salt. Or Elk if you’re Rogan.

I digress: I had just returned to Hawaii after an extremely exciting but stressful trip to the mainland and my body was a wreck. My skin was broken out like never before, I was experiencing hormonal acne on my neck and jawline for the first time in – like ever – and I was frankly a bit worried about myself. I took the initiative to step off of social platforms, except for YouTube, and completely saturate myself in research and self care for a number of days. What I learned, how I felt and the excitement that I experienced surprised me at ever corner. 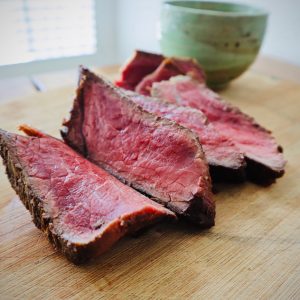 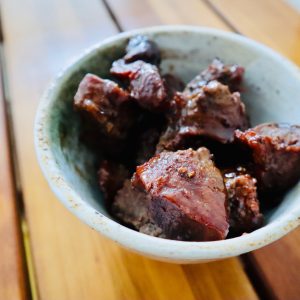 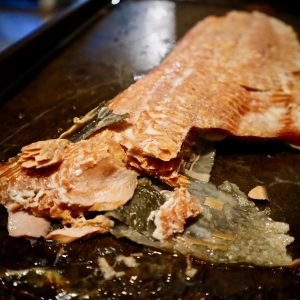 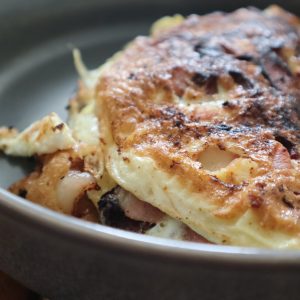 Why the carnivore diet is actually a health trend:

Carnivore has led people with severe forms of autoimmune disease, insulin resistance (aka diabetes) and overweight to experience a life of freedom from debilitating symptoms. Gone are the psoriasis, the eczema, the insulin medication and the colostomy bags. It’s hard to imagine that incurable diseases may have actual antidotes in the one thing modern medicine has shunned for so many years. Carnivore stakes claims in healing leaky gut syndrome, one of the main causes of inflammation in the body which leads to the plethora of other diseases that step from it. When particles and food are able to exit through the colon wall and enter the bloodstream we get sick. Really really sick. So what causes leaky gut? It doesn’t take a genius to make a smart guess – the modern diet is just that awful.

You’ll see and hear what I’m talking about. It’s hard not to wonder – could I benefit? Lectins, anti-nutrients and all the ways plants protect themselves from being eaten are touted as the reasons we get sick, not just from gluten and dairy (the big offenders) but various plant foods like fruits, vegetables, legumes, nuts, seeds and herbs. Those well educated purveyors suggest that plants have a way of hurting the human body because they don’t want to be eaten. Meat on the other, happens to be chock full of vitamins, nutrients and minerals and while devoid fiber and a bounty of vitamin C, meat seems to check all the boxes and be rather easy to digest (again, counter intuitive – listen to the doctors on that one, not me). It’s even proven that organ meat contains all the vitamin C we’d ever need.

Was it worth it? What did I learn? How did going from eating primarily plant based to eating like a lion serve me? What changed in my body?

Well. Clearly I stopped doing the carnivore thing for a reason. For many. While my body composition changed only minimally after 20 days I could feel my fat cells expanding – that sounds weird and feels weird to write but what I mean is: I’m very body-aware and I’m super sensitive. While I was willing to throw myself in the fire and completely challenge my belief system, my body was going through an adaptation that I wasn’t so keen on. The first week was great. The second week was even ok. But going into the third, I was beginning to question everything. Even had my body changed, my skin which was my initial reason for exploring this extreme, had not improved, not enough at least. Here are some other reasons:

So I stopped for many reasons but not because it wasn’t delicious. The science is still very compelling to me. However, if you know me and my Therapeutic Eating work, to eat a certain way just because the science says to is a horrible way to heal your relationship to food and your body. It negates the purpose of establishing Gut Consciousness and leaves you further from aligned. 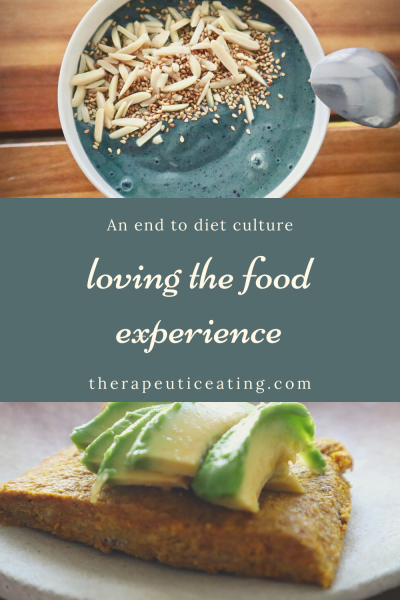 Should you do it? Why or why not.

Funny. Proponents of carnivore say, Don’t do it. Even Jordan Peterson who has healed his depression, anxiety and has lost significant weight says not to – not because of him at least. While Facebook groups filled with thousands say otherwise. I think if you suffer from an autoimmune disorder and a diagnosable disease – then yes – I do believe it’s worth exploring. But for a healthy slim something or other who’s just curious…there’s probably no need. In fact, I believe you’re better off making tweaks to our already existing healthy WOE (a common word used in group chats which stands for Way of Eating). Acne is curable, after all.

Some personal adjustments I’m making include:

Guess what’s better now than ever before?

My digestion! There’s something to be said about microbiota “die off” and the therapeutic application of meat consumption. I’ll just leave that here and have you do some of your own research. Search: die off, gut bacteria and the carnivore and the microbiome.

My skin! See this POST, I wrote all about the multifaceted ways we can and should heal our skin. We, after all, shouldn’t assume we heal on a linear path. More there, go check it out.

My perspective! Having been on a path of healing for many consecutive years, which is the basis of my Therapeutic Eating work, I remain neutral about food. Which means food is neither good nor bad. Food is food. Food is medicine. Take the therapeutic approach.

In love and self sacrifice, 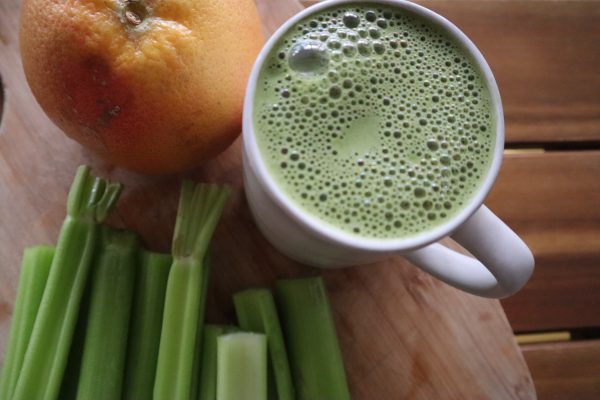