Wild Sockeye Salmon was $8 a pound at Costco the other day – $8 A POUND! I couldn’t get over how, despite this insanely good price, that folks were still scoring through the farmed section:

farmed salmon has been found to contain toxic chemicals methylmercury and dioxins, and farms have been accused of polluting the oceans, fostering disease, and spreading sea lice…

And since judging anyone’s decisions is a BIG FAT WASTE OF TIME I’m going to just leave this one here:

That natural color though

That flaky fatty goodness though

That texture, that chew, that unadulterated perfection.

Salmon you have my heart – I’m sorry I have to eat you.

Salmon is about as versatile as tofu and since beans/legumes are pretty much “off” my VIOME approved list of foods to eat at the present, I’m sticking to the wild side of things. Plus, salmon takes on flavors of Asia and the Mediterranean so so well that you can’t get the flavors wrong. Dill and sesame oil? ok!

I bought 4 huge filets, froze two and poached the other 2. See below. 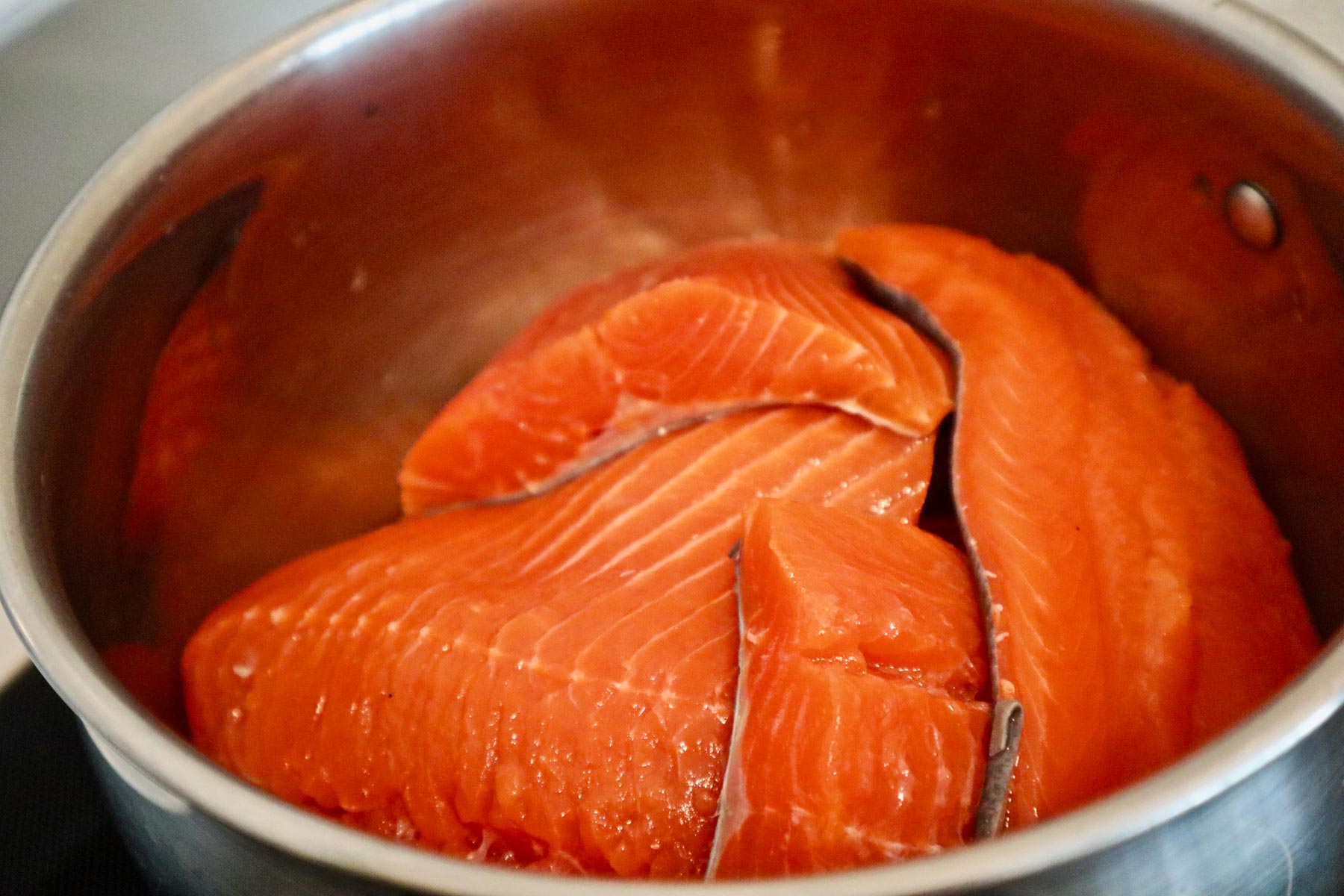 Covered with the lid

Set the stove to medium high and then once the water came to a boil, I reduced the heat to medium low.

Due to the layering of the fish, I had to reassemble some of the filets for complete cooking throughout – but whatevs.

Took a total of 15 minutes.

The Salad was a combination of chopped:

all to taste – a drizzle of this a dash of that a sprinkle of that…Mixed and topped with salmon and a dollop of Avocado Oil Mayo.

Once the salmon was poached I removed the skin and set it aside because if you don’t save it you’re missing out one one of the tastiest treats known to the human palate – sure you can give it to your pets but WHYEEE? Okay, maybe share it?

The skin of a salmon contains the highest concentration of omega-3 fatty acids on the fish. There’s strong evidence that these fatty acids can reduce triglyceride levels and decrease your chances of heart disease.

Whatever skin you can peel off of the salmon

roast in the oven set to 400 degrees for 20 minutes 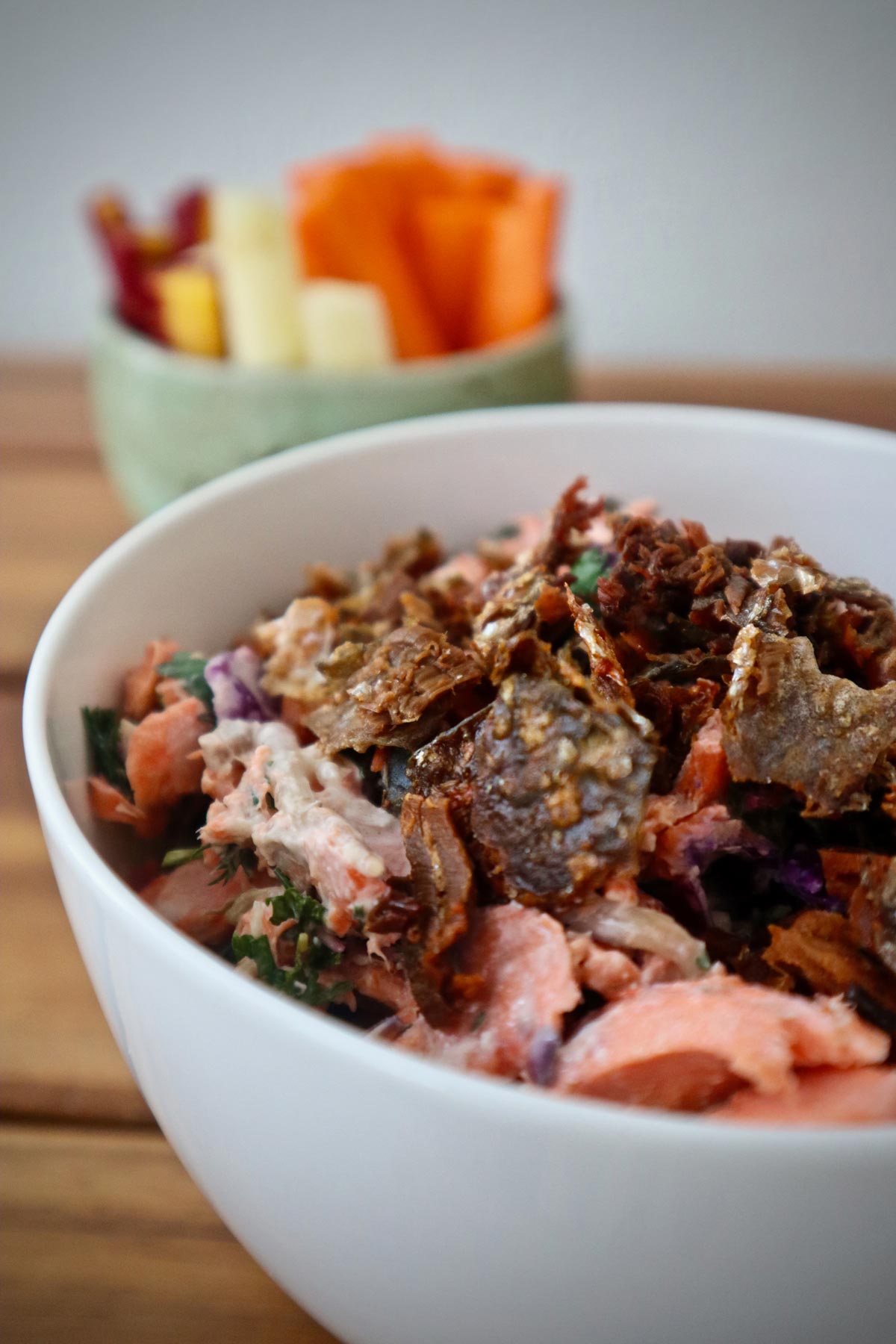