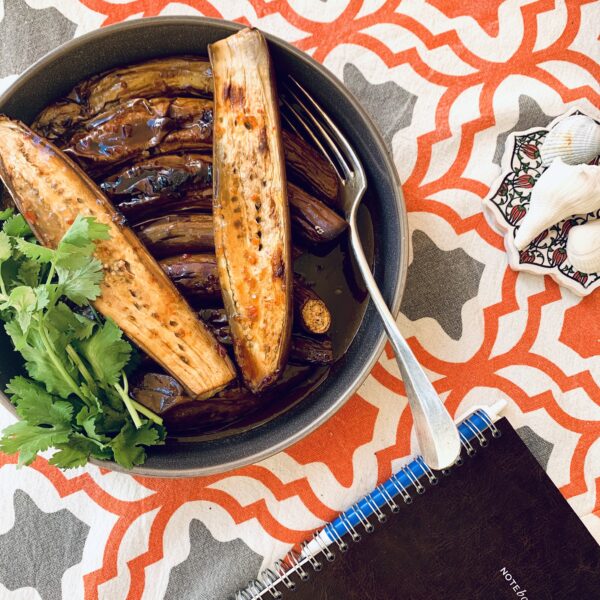 It’s been a while since I’ve blogged a recipe. Admittedly – over a month. There was travel and family and chaos involved but none the less, lots of eating – therefore I’m overdo. Here’s a take on a recipe that in truth is just me winging one of my favorite take-out meals. Eggplant in Garlic sauce – but only kinda. Have at it friends, it’s certainly the healthier version.

Mix well in a small bowl and pour over your eggplant

Bake eggplant for 35 minutes then broil for an additional 10 minutes until the eggplant gets completely cooked through. The broiling adds that crispy edge that I find delightful in veggies (kinda like charred meat – but lets talk about that in a future post….). Serve as is, add cilantro, with white or brown rice, as a main meal or as a side. Can’t fail. 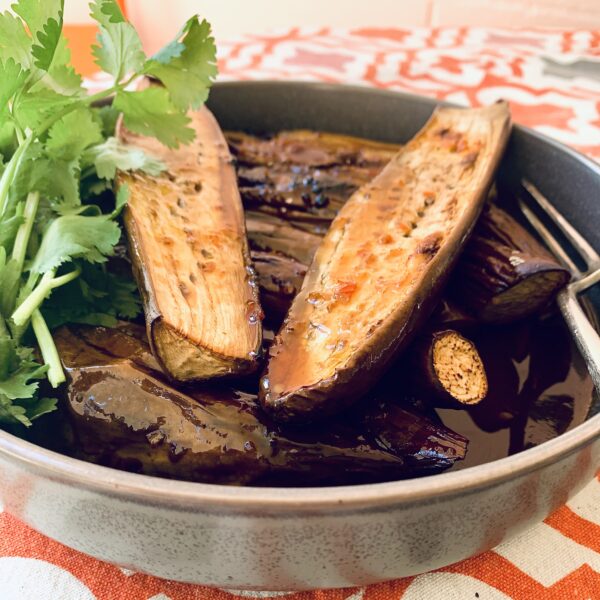