Is all food neutral? Glorifying obesity.

I’m a bonafide eating disorder recoveree. Been freed from the majority of ailments that go hand in hand with living a life full of self hatred and body confusion. Been released from the binds of wrath that keep a woman imprisoned in her own skin. Been unimpinged from the unrelenting obsession. So what happens after you heal? For starters you realize that healing is just a petal on the bud of an annual flower. You’re fragile and you regenerate.

People in the Diet Culture Dropout community blame societal norms and the model industry for creating the dysmorphia monster. In that pursuit we’ve taken a role reversal where we no longer praise thinness but applaud obesity, “so long as you love yourself.” While I’m totally on board for releasing ourselves from self-imposed food cages I think it’s highly irresponsible to assume all food is neutral and that fatness should be celebrated. Here’s my brief argument, but first:

Piers Clashes With Model Angelina Duplisea on Whether Obesity Is Glorified | Good Morning Britain. This has to be the MOST ridiculous thing I’ve EVER heard or seen – on the part of the model Angelina, not on Piers stating his concern for her and society.

I digress: back to food neutrality. This conversation isn’t about judgement, about letting people do what they want, about freedom to choose – it’s about health. It’s about taking personal responsibility for the sake of macrocosmic societal liability. It’s about being brutally honest. Fatness isn’t morally right or wrong, it’s unhealthy. Fatness isn’t neutral – it’s a health hazard. Fatness isn’t bad, it’s dangerous. Do you see my point? When we’re healing/recovering from an eating disorder or any addiction for that matter, many Dietitians, Nutritionists and Therapists feel it’s their duty to take clients through a re-traumatization process of neutralizing one’s feelings about food. They give the patient microdoses of Cheese Whiz with the argument that Cheese Whiz is a neutral food and that the patient must heal their relationship to all food in order to heal their relationship to their bodies. This, to me, is the biggest load of GARBAGE I’ve ever come across. First of all, Cheese Whiz isn’t food. It’s a processed cheese product that only partially comes from the milk of an inhumanely raised cow. We are so quick to defend our horrible behavior and not quick enough to get on our damn knees and humble ourselves. Food is food but manufactured garbage doesn’t fall under that category and is large in part why we’re so sick. Just like a child isn’t born abused people aren’t born fat – we’ve been subjected to it.

Food isn’t neutral – not any more. Not since we invented industrialization and food factories. Not since we evolved as disposals for whatever comes cheapest and most alluring. Not since food has been made hyper palatable in order to coerce our taste buds to eat more than we’re hungry for. No, not anymore. While I understand the mission to heal the mind of its black and white thinking, the grey is just plain cloudy. 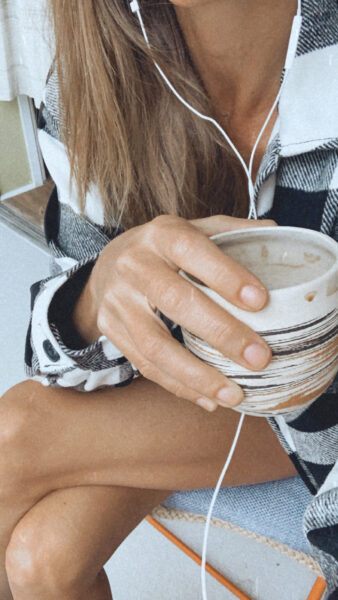 Food holds no moral value. Food isn’t good or bad. Food is healthy, moderately healthy or unhealthy. It comes down to how you treat your body – and why. Does that make sense? After all, this is my opinion and as a dropout herself I have to stay true to my rebellious nature and not just adhere to what purveyors in this community preach. While we’re all lovable in whatever shape and size we come, we also have control over the kind of life we wish to lead. We are not victims and so long as we take that approach, we’ll remain bound by food prison. While eating healthy 100% of the time is somewhat unsustainable, it’s not out of our reach to make better choices ALL of the time.

One of the leading causes of eating disorders is a need to control life circumstances. This is why so many young teen girls fall victim to the throes of anorexia & bulimia – control first, societal ideals second. Thirdly, after periods of excessive starvation or mono-eating (eating only one thing or eating very minimal variety) it’s been shown in research studies that the lack of biodiversity in the microbiome can also lead to the worsening of eating disorders and even potentially be the cause. Thus, while food may simply TASTE good or bad, not BE good or bad, the deleterious affects of certain foods, especially over time, cannot be argued. We’re a product of how we treat our bodies – and that is either good or bad.

I have a very difficult time sitting back watching how influencers and therapists alike guide the volatile minds of people suffering from eating disorders which is an alarming number of people. The mission of Therapeutic Eating – aside from fusing the therapeutic process with honing intuitive prowess – is to speak up to the parts that we don’t often speak up for. The “hey that’s not okay to me” voice that would otherwise fear rejection and judgement. The parts of us that don’t take up space – not our bodies, but our personalities. Be BIG – yes! Hunger is only partly a physiological beckoning for substance. It’s often a desire for things we simply don’t know how to identify – be it touch, affection, sex, adventure, spontaneity etc. I can’t count how many conversations and observations I’ve had with women who are starved for adventure or who don’t speak up for themselves and in turn closet eat because of helplessness. Is this a moral issue? Yes. Is this neutral? No! We need to stop being so fucking dainty and bolster ourselves up with fierce courage. I promise you that’s the only way I began healing. Here’s the play by play:

I hope I’m making sense. I know I’m the minority here but the whole reason I’m taking the time out of my Sunday to write this is because maybe I’m not the only one. Maybe there are more people out there who can celebrate this with me. I truly invite you to be a rebel with a cause. Because you are the cause. Be it.

And just in case you misinterpreted everything I stated above, please hear this:

Fatness is not a judgement of character. It’s weight. Just like people can gain weight they can lose it. Some easier than others. Overweight is also a condition, not a disease. The more fatness is seen as a disease the less quickly we can overcome it because disease is wrought with worry, fear and a sense of permanency. We are lovable not because we’re in bodies but because we’re so much more than our bodies. They just deserve the maintenance and utmost care to hold the bounty of our personality and all that we wish to experience in this short time on the planet. Obesity can be destabilizing and it’s not worth defending. Ask anyone markedly overweight – if given the chance to be thin would more likely than not jump at the chance. It’s just what it is. Overeating often happens in the closet. Back in the day when we lived in villages people didn’t have an opportunity to hide out away from their tribe – thus modern issues of obesity were much less if at all a problem. The real point I hope to get across is: We can EAT! We can eat A LOT. There is so much food to enjoy that also benefits our bodies. We can strike a balance. We can address our wounds. We can take the stories and turn them all around. We can free ourselves from the prison walls that stand between us and the life we want to live and all the silly vanity that goes with it. We can. We will. XO musing complete, kT 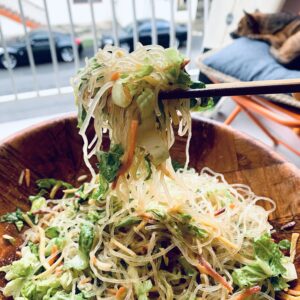 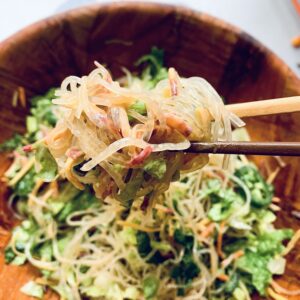 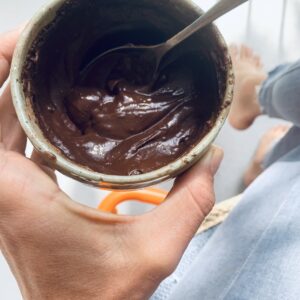 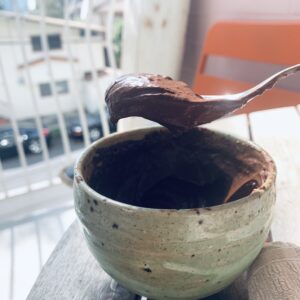